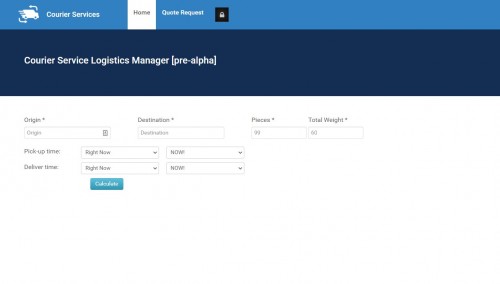 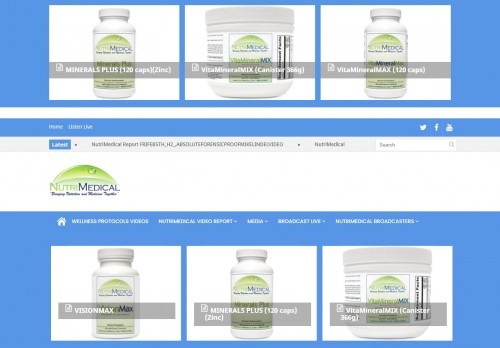 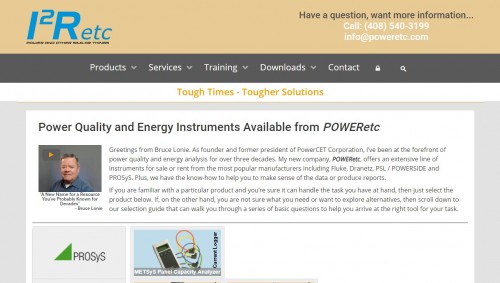 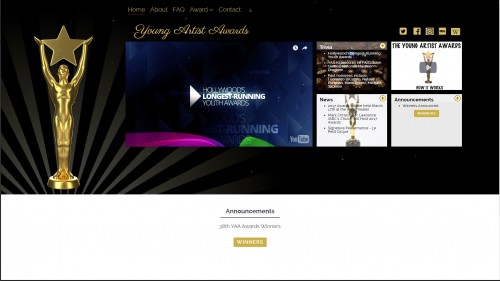 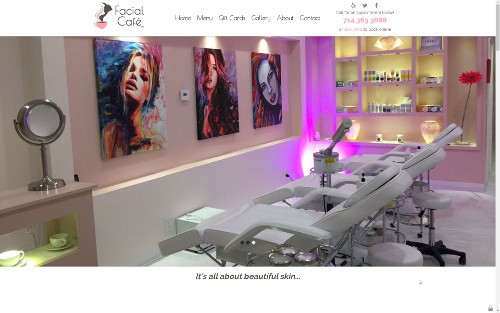 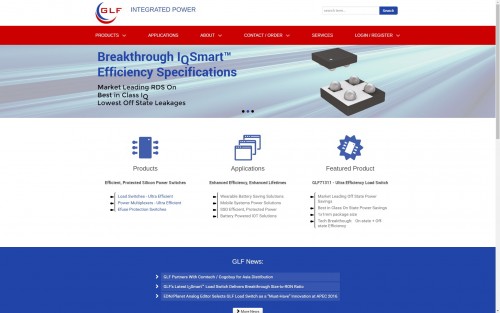 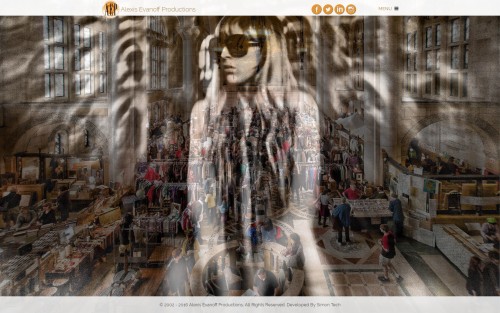 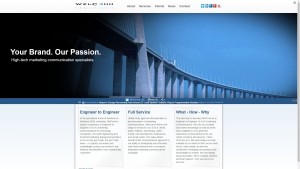 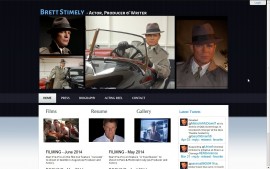 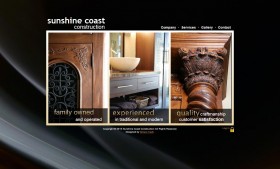 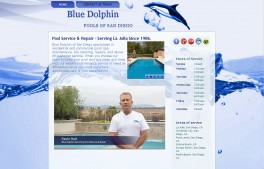 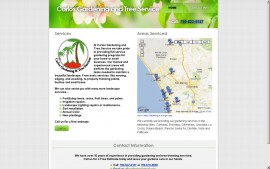 Some years ago a company asked what we could do for them in connection with shipping, courier services and logistics in a frontfacing services portal, for prospects to check their prices.

This led to the development of an interface that uses google maps API to calculate distance and price defined by mile so clients could instanly look up cost by inputting origin and destination addresses.

This is now a project that we actively develop internally, as a SaaS we can offer to those in the shipping and Courier services industry. 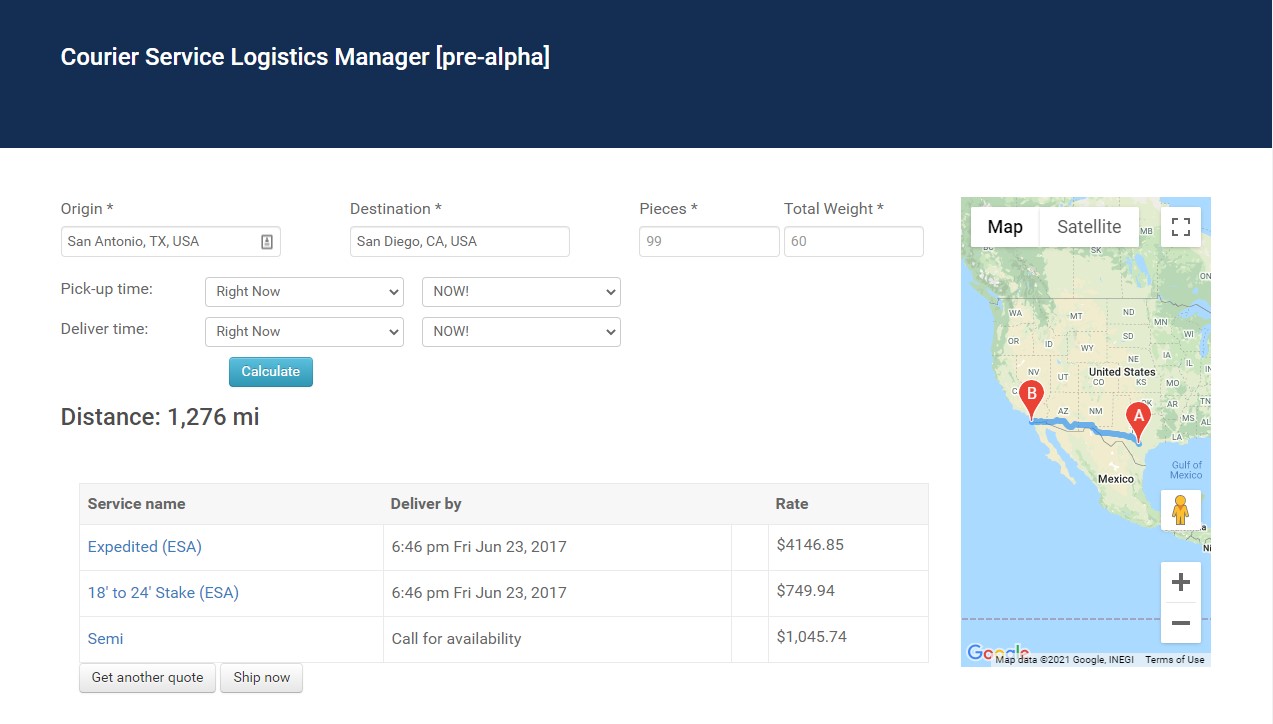 The "Wordpress Afiliate website product Carousel" just known as the "WooCommerce Client" was then developed using the Rest API built into WooCommerce to allow the wordpress extension installed on other Wordpress sites to display Nutrimedical or other WooComerce ecommerce products when configured with the correct API keys.

Visit Demo Site https://wtest.simontech.dev/ to see it in action 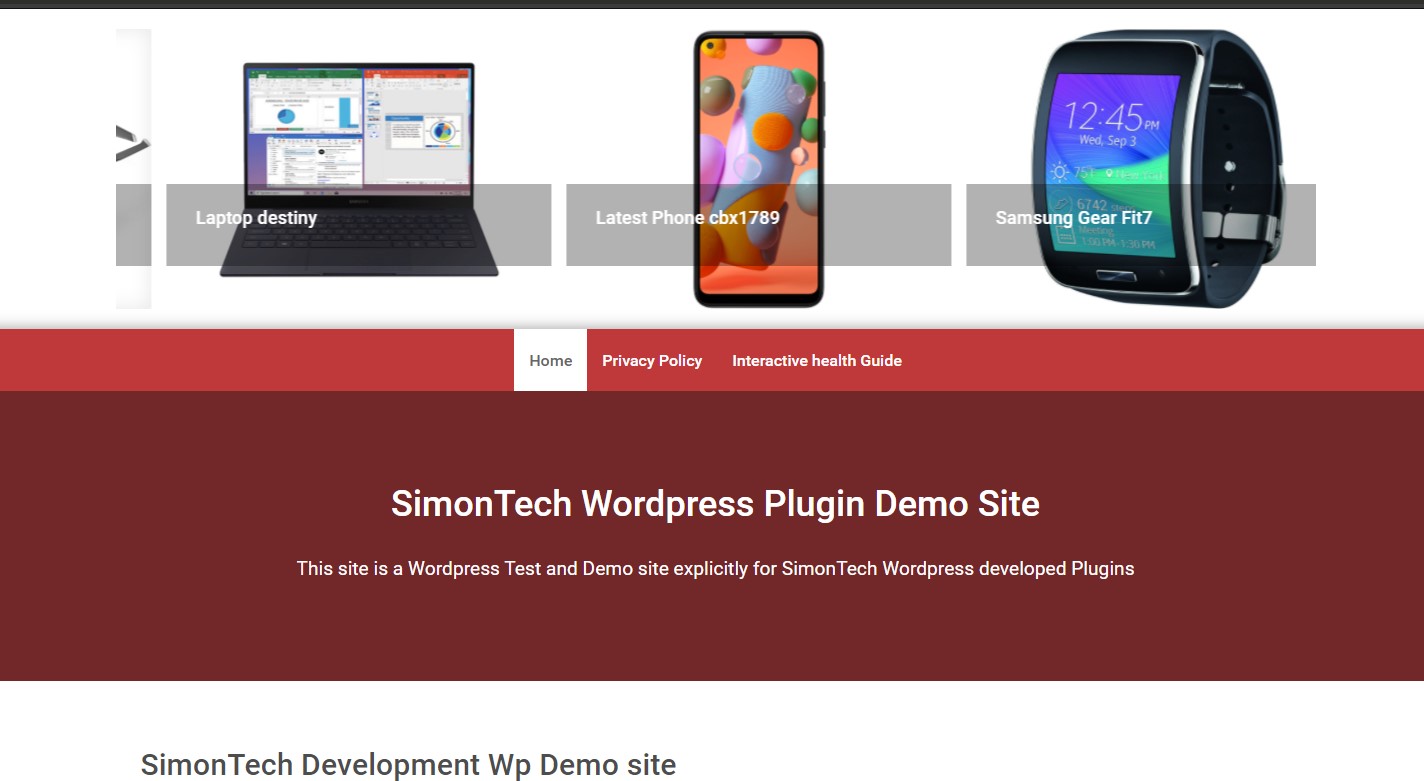 The POWERetc Corporation needed a website after changing their brand and registering a new corporation in 2019.

The Power Quality Consulting and Instrumentation business was formerly known as PowerCET whose web-site was also developed by SimonTech.dev, but was sold to Sonel Test & Measument.

The Power Quality Consulting and Instrumentation business Poweretc wanted to make it easy for Engineers to find the instrument that they needed quickly and for them to know that IoT wireless conectivity was available, even at first glance.
The design for the front-page grid was therefore made to accomodate a pr. grid of products as pr the clients wishes that dynamically can be changed from the CMS backend 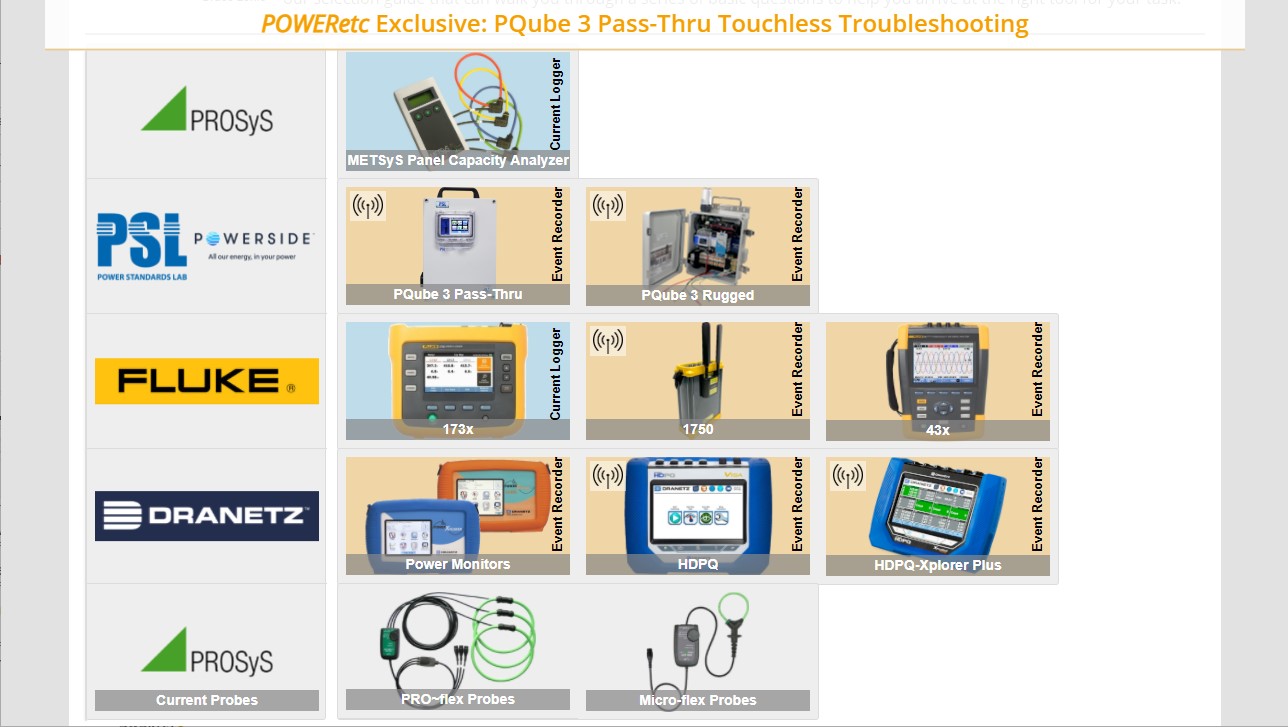 The Young Artist Awards 38th Annual Awards on March 17, 2017 needed a website make-over and contacted me both for design and creation of nominee submission form and nominee management.

The site went live in early 2017 to receive additional submissions through the site and to show that The Young Artist Awards organisation was making changes to their public image.

The site consists of a powerfull backend to manage the nominees and winners listings and to receive applications for nominee consideration.
The site was designed with 2 themes - a prominent frontpage theme and a subpage designed to be more conducive to reading. 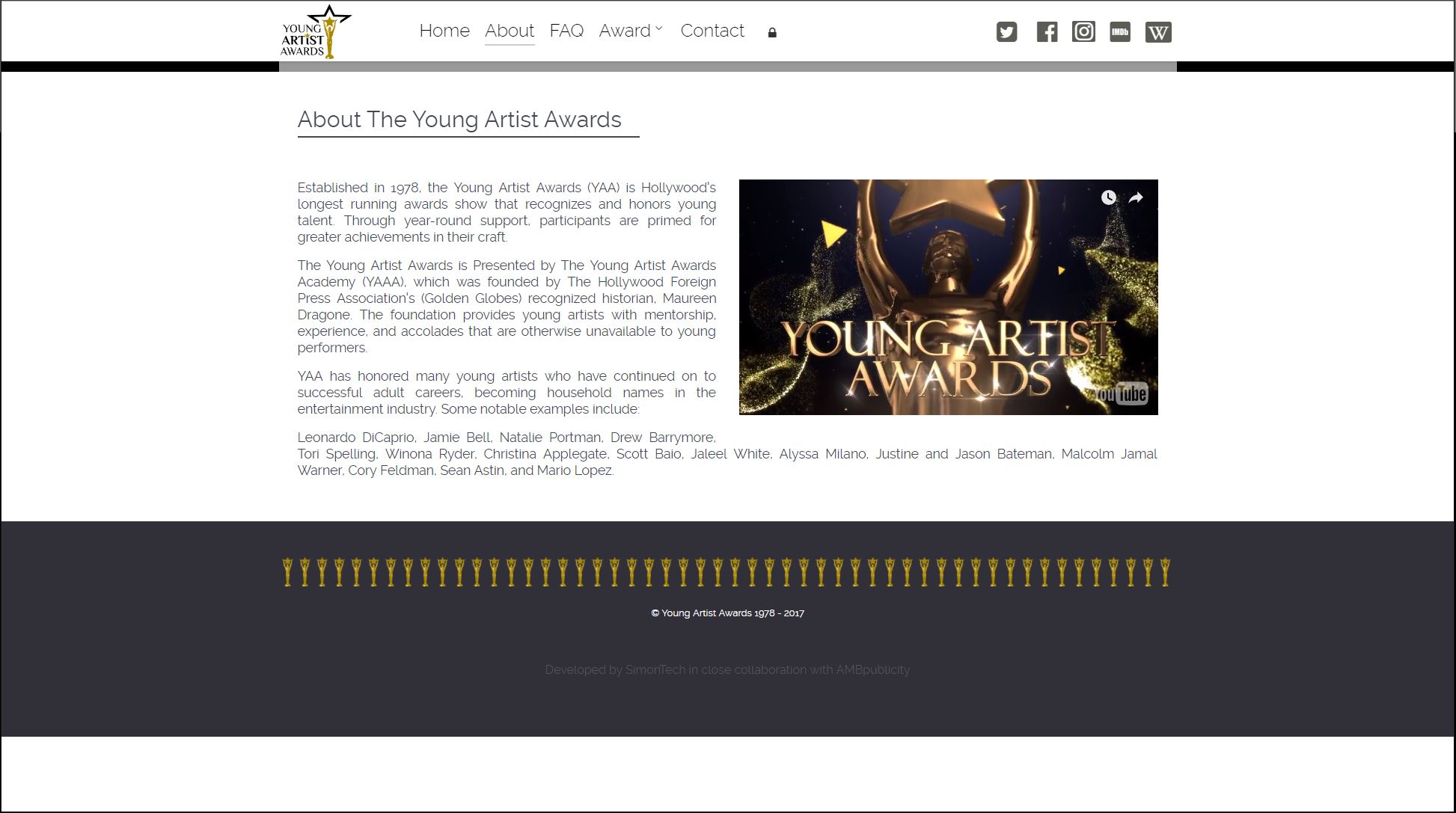 Facial Cafe came to a partner of mine ZapCrunch.com and requested a one page beauty salon themed website with a gallery and simple pricing menu for her services.
The site was built in a simple get out of the way design, using multiple techniques to give smoth transitions and a great touch screen experience, especially on mobile devices.

GLFipower.com needed a significant overhaul of their online presence.

We build them a Joomla based CMS with a custom web application for their product lines.

The site was completely re-designed to meet the modern demands for Mobile-first / mobile-centric web-design. The site emmidiatly recognizes touch-screen functions of the device used to browse the site without consideration for the monitor / display size, so that modern touch-screen laptop are accomodated.

The site was naturally build to be responsive and adapt to all the most used and known display sizes.

alexisevanoff.com needed a face lift and to be functioning on all platforms.

We upgraded the whole system and created a new minimalistic design centered around the art and photography of Alexis Evanoff.

As ususal there was a huge focus on making sure that the website supported all platforms and especially the visitors of Alexisevanoff.com's most liked platform Iphones and Ipads.

The site was finally ready and went live in the beginning of 2016.

The site was a migration from static HTML to a Content management System, developed to give WelComm the full control of updating their very dynamic content and news.

It was build responsive and in the latest technologies of HTML5, CSS3 and jQuery javascript libraries.

The site will receive further web application updates as the need presents itself, to further optimize the way the content and directories are populated with new items and content.

I was contacted in late December 2013 by AMB Publicity who wanted a makeover of Brett Stimely the Actor, Producer & Writer's online portfolio.

They wanted something similar to a migration and also wanted things freshened up  to be presenting a Professional in the movie industry better.

The final result is site full of Photos of the Actor, news about his latest adventures and professional endeavors, a whole filmography, biography, a resume and gallery.

A twitter feed was also established using the twitter api, so that realtime updates directly from the actor was made possible.

There was a lot of adjustements and feedback to get site made to all expectations and stand out.

Sunshine Coast Construction had long been toying with the idea of getting their Flash site upgraded to modern technologies that would make them able to change text and pictures on their site themselves.

Eventually they saw that their fancy flash website did not work on modern mobile devices, and that such website behavior is frowned upon by many frontend users. Their website was loosing visitors and they decided it was time to move in to the new age of web 2.0 (HTML5 & CSS3 with help from Javascripts).

So in December 2013, I build them a Joomla CMS for them to edit contents themselves, and migrated all the images and graphics over the best I could.

They really liked their flash design, so I designed everything to look and feel "flashy" without using a shred of Flash technology. To achieve the flash looking feel and design and getting it to work even on mobile devices of kinds I build it using the latest HTML5, CSS3 and javascript libraries. The result speaks for itself.

After having been on the La Jolla Blue Book for years, The owner Kevin Holt decided to escalate his web presence.

In July of 2013 we ended up agreeing on him getting our new product a "Micro Site" (formerly known as "1 page landing") which delivers a minimal but solid official presentation of the company on the world wide web. To help him getting found and have a better web presence we created profiles on Facebook, Google+, Yelp and Angies List  and linked it all to his official website.

The site was also built to be a 100% compatible with all devices no matter screen size or pixel density.
Which goes for all sites built by SimonTech since beginning 2013.

We launched Blue Dolphin Pools of San Diego site in about a week from receiving the copy, images, company info and video from Kevin Holt.

He decided through his consultant Felipe Hernandez to go with a Landing page.

The landing page product (consisting of only one static html webpage) that Carlos chose is the fastest and easiest way to get a domain and web host without needing to know (or without wanting to know) how to even use computers, let alone website creation. The Consultant Felipe Hernandez simply had a meeting with Carlos, compiled all the information and emailed it to me.

In just one day after receiving from Felipe the needed written company presentation and contact and business information, I created a fully functioning site to Carlos satisfaction.

Carlos Gardening is a growing business and have now stepped into the 21st century with a business web presence, mandatory for any business with a view to the future.